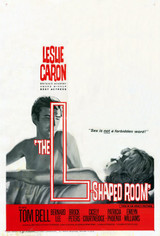 After years of wanting to watch this film, I finally got to purchase & watch this great film. The acting is very good, Leslie Caron was nominated for an Oscar and won various other awards & praise. The film reflects an interesting time in the history of social change & film: women's independence & society, human sexuality and greater realism in films. I highly recommend this film.